Britain has chosen to "Brexit" ; but is Britain really very different from other places ? 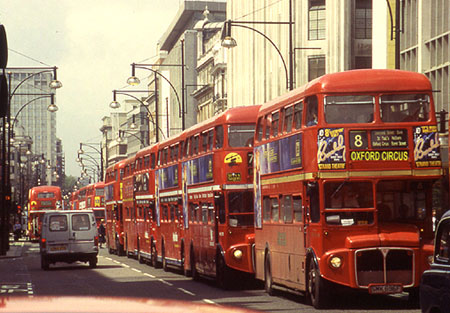 A traditional image of Britain! It could only be Britain.... But beyond the images, is Britain really very different?

Just off the north coast of continental Europe, there is an island called Great Britain. Today, this island is closely connected to the rest of Europe; there are direct trains to Paris and Brussels, and thousands of people, cars and lorries cross the Channel and the North Sea every day between British and continental ports.
Britain is very much a part of Europe; we are Europeans, and British history and culture are part of European history and culture. In 1973, after years of discussion, Britain joined the European Union. However many of the people in Britain have never liked being in the E.U.; they imagine that Britain is very different from other countries. Some believe that Britain is better than other countries.
In 2016, the people of Britain (or more exactly, just over half of Britain's voters) voted for "Brexit".  So in January 2020, Britain left the European Union.  Why ?
"We're different, aren't we?" says Eddie, from London. "We do things differently. We don't want to become like other countries."
Millions of people think the same as Eddie. For example, a large majority did not want Britain to join the Euro. They imagine that Britain's "identity" will be lost, if we say goodbye to our pounds and our pennies. They forget that things are also very different from one European country to another.
It's quite a strange situation really; but it is a situation that can easily be explained.

"Insularity" is a deep and historic part of British culture and society. Great Britain's borders have been fixed by nature for thousands of years. If you walk in a straight line for long enough in any direction, you will know when you have reached the edge of Great Britain; you will find yourself in salty water!
If you want to go to another country from Great Britain, you have to take a ship, a plane, a train or a car; you can't just drive or walk across the border. Great Britain is physically separated from every other country; and this is the main reason why British people imagine that other countries are so "different".
Of course, lots of things about Britain are different from the rest of Europe. We drive on the left, we like our pubs, we have sports like cricket, we have our own popular TV programmes, we use pounds and pennies and miles, we drink tea with milk in it, we don't carry identity cards, and our policemen don't normally carry guns. So yes, Britain is different, in these respects, from France or Germany or Spain, or Japan, or even the USA.
Nevertheless Britain's "difference" is disappearing fast! Fifty years ago, British people drove British cars; today the cars in Britain are British, French, German, Italian, Japanese and more. Today we buy petrol in litres (not gallons) and fruit in kilos (not pounds). Fifty years ago, our favourite foods were fish 'n' chips and "bangers and mash". Among today's young people, the most popular foods and drinks are Italian pasta and pizza, Indian curry, American hamburgers and colas, Chinese take-aways, Continental beers and Mexican tacos.
As far as culture is concerned, young Britons love their Britpop bands; but they also like American and Australian TV series, American films, and Japanese and British video games.... In fact, they like more or less the same things as young people all over Europe and North America!
The real problem is perhaps not that we are very different. It's just that lots of people (in and out of Britain)  imagine that Britain is different..... because "Continentals" speak other languages, and old ideas take a very long time to die.

WORD GUIDE
bangers and mash: sausages and mashed potatoes - border: frontier - Channel : the English Channel, the sea between England and France - edge: end, side - insularity: being an island, imagining that one is different - integration: coming together, unity - large majority: much more than 50% - lorry: truck, goods vehicle - main: principal - off: distant from - take-aways: ready-cooked meals, to take home. vote : choose


Return to Linguapress site index
Printing: Optimized for   printing
Copyright © Linguapress.  Do not copy this document to any other website

Introduction: Ask pupils to tell you what they know about Britain; if necessary, do this in their native language, but write up the English equivalents of useful words, when these occur. Next ask them if they know anything about everyday life and ordinary people. Many may do so. Can they compare British life with life in their own country? What differences are there?
Next ask pupils what makes Britain different from their own country? It is probably best allow them five minutes to work in pairs, and write down their ideas... any ideas... preferably in English. Then ask to answer orally. Once this has been done, it is time to go through the article. It is not difficult.
Follow-up: Have pupils rewrite the top two paras. of column 2 (Starting Of course, lots of things.....), referring to their own country, not Britain.
Written exercise: Pupils should imagine that they are in the year 1955, are aged 16, and are on holiday in Britain. They should write a short postcard home, describing life.
N.B.. "Great Britain" is a geographic, not a geopolitical unit. It is the largest British isle.


Using information from the article, complete these sentences in your own words:
Note the following expressions which may be helpful in your answers:


This teaching resource is © copyright Linguapress renewed 2020.
Revised 2021 . Originally published in Freeway, the Intermediate level English newsmagazine.
Republication on other websites or in print is not authorised


For teachers and students

Copyright notice.
All articles published on this website remain the copyright © of Linguapress.com and/or their individual authors.
Reproduction is authorised exclusively for use by students for personal use, or for teachers for use in class.

Multi-copying of this resource is permitted for classroom use. In schools declaring the source of copied materials to a national copyright agency, Linguapress intermediate level resources should be attributed to "Horizon" as the source and "Linguapresss France" as the publisher.
Multicopiage en France: en cas de déclaration CFEDC par l'établissement, document à attribuer à "Horizon", éditeur "Linguapress"..