► You are here:   Linguapress.com  English  ›
Advanced reading   ›
Story of the blues

Music: the story of the Blues

What is - or what are -  the Blues? The Blues is a feeling, most African Americans will tell you. If your girl or boyfriend leaves you, for instance, it's quite likely you'll feel sad or dejected for days. In other words, you'll feel blue; you'll have the blues. 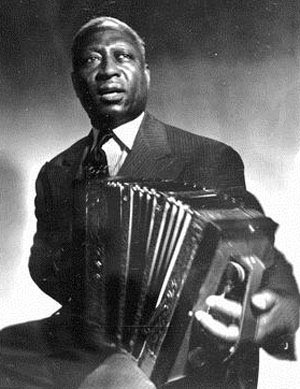 What few African Americans will tell you is that the origin of the expression isn't black and American, but English, al­though to­day it's usually associated with African Americans. In 16th century Eng­land, people who were depressed were said to be persecuted by the "blue devils". Later, in 1807, American author Wash­ington Irving already talked about "having a fit of the blues".
But the blues today is generally understood as being a type of music which expresses the feeling of depression which was once common to African Americans, due to oppression, segregation and problems with the other sex. This may be the rea­son why African Americans used to say "White men can't have the blues", at least not the same kind of blues
.     The origins of the blues are diffi­cult to retrace because, quite naturally, an oral genre like the blues leaves few written traces. It seems to have develop­ed about 100 years ago, though the name "blues" was not yet used at the time. It grew out of black field songs, negro spirituals and the white folk ballads imported by British settlers and somewhat modified on American soil.
The first blues recordings ap­peared around 1920. They were made by black women singers who were actually singing a somewhat adulterated form of the music which, strangely enough, was later called "the classic blues". Ma Rainey and Bessie Smith were the most authentic and popu­lar performers of the genre in the 1920's.
The original country or rural blues did not come to be recorded until around 1925, when the record com­panies real­ised they could make quite a profit by asking black farmers, who were at best semi-professional musicians, to record a few songs for them in return for a little whisky and about $5 per song. The lady singers, being professional entertainers, of course requested more.
Thanks to this fortunate circum­stance, we are now rea­sonably certain that the country blues originated from the Mis­sissippi Delta (an area in the state of Mississippi which must not be confused with the Delta of the Mississippi river in Louisiana). Blacks here once made up over 90% of the population, and were heav­ily exploited and oppressed. Typic­ally in this original form of the blues, a black sharecropper would sing about his hardships, while accompanying himself on the guitar. The rural blues also developed in the cotton-growing region of East Texas, and through much of the South Eastern part of the USA.
In the 1920s and 1930s, many Blacks migrated to the North and Mid­west. They found work in the factories in Chi­cago, Detroit, St. Louis, and other ci­ties; but ghettoes formed quite soon, when, by sheer weight of numbers, they began to overwhelm the whites who left city areas they had once had to themselves. Blacks brought their ethnic culture and their music with them. Blues singers migrated too, especially since, in a lot of cases, they were workers them­selves, and like everyone else they were trying to make a better living.
A certain nostalgia for the south de­veloped; but at the same time, the trans­planted Blacks were becoming more soph­isticated, prefering to listen to music played by musicians more sophisticated than the rural blues performers. Thus small blues combos, with piano, guitar, har­monica and other instruments, began to replace the solo performers. From the 40's onwards, they converted to electric in­struments, and began to play a new form of blues, louder, more aggressive, which came to be call­ed "urban blues". In the 50's, Muddy Waters and Howlin' Wolf were among the major exponents of this type of music, and later served as models imitated by many sixties groups such as the Rolling Stones and the Animals.
After a period of hibernation in the 50's, the growing popularity of blues with young white audiences gave a lot of black blues-singers the opportunity to play again on a larger scale, for more money than before.
Still, it is quite clear that today the blues, as an inde­pendent genre, is no longer considered as very fashion­able. Yet with its easy-to-learn three-chord structure, it is a conven­ient springboard for musical improvisation. It has had a wide influence on modern popular music of many varieties, and on musicians who wish to return to the roots of modern popular music before jumping off in another, perhaps new, direction.


Printing: Optimized for printing.
Copyright © Linguapress.  Do not copy this document to any other website
Copying permitted for personal study, or by teachers for use with their students


Language study, based on the first seven paragraphs of the text:

1. There are words and expressions we use to indicate that what we are expressing is approximate, true to a certain degree, or apparently or generally true. How many words or expressions of this type can you pick out? How does the meaning of each sentence change, if they are eliminated?


2. Explain the use of the following expressions. Is it possible to eliminate them and keep the same meaning?


Write short coherent sentences, based on information in the article, to link the following words in the order given:

Note that there are a few small differences between the written document and the recorded text. In particular, the expression African Americans is used several times in the written text, where Blacks is used in the audio version that was recorded some years back. In recent years, it has become more politically correct in the USA to talk of African Americans, rather than Blacks. However this seems to be changing again as African Americans again use the word Black as a badge of recognition, as in the  Black lives matter movement, which was launched in 2020.


Blues historian Robert Springer is the author of Nobody Knows where the Blues come from, published by the University of  Mississippi Press, 2005.

Copyright information.
Copyright notice.
This resource is © copyright Linguapress 1994 -  2019.
Originally published in Spectrum magazine.
Free to view, free to share,  free to use in class, free to print, but not free to copy..
In schools declaring the source of copied materials to a national copyright agency, Linguapress advanced level resources should be attributed to "Spectrum" as the source and "Linguapresss France" as the publisher.
Multicopiage en France: en cas de déclaration CFEDC par l'établissement, document à attribuer à "Spectrum", éditeur "Linguapress"..
Copyright by Linguapress.
If you like this page and want to share it with others,  just share a link, don't copy.