Lucky Jim Conley had raked in millions at the gaming tables, quadrupled his winnings in the stock market, won a fortune in the state lottery. Jason, the only child of Lucky Jim and his beloved Myrna, was used to having his own way. During the two years since Mom's death, Jason had waited patiently for Lucky Jim to follow suit and bequeath him full control of the family wealth. Jason was eager to be a high roller in his own right.
But Jim's luck was outlasting Jason's patience. After his last medical exam, Lucky Jim's doc had proclaimed the old man to be fit as a forty-year-old. "Lucky Jim'll outlive us all, Jason."
Not if I have my way, Jason thought. No way.
He breathed in the fog that hung like ghostly sails around the Lucky Too, as they made their way out to the lobster grounds. Jim claimed that that was where the biggest and best fish hung out too. 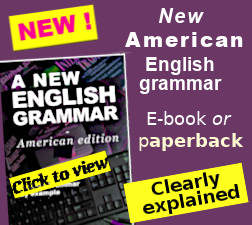 She was a sturdy boat. Twelve black numbers shone against her white hull. Jason and Lucky Jim sat in chairs on the bridge. Lucky Jim leaned toward his son and yelled over the engine's noise: "Fog hanging light makes hungry fish bite."
"Same old crap every time," Jason thought. "But, hey, that's what gave me my plan. Fishing in the fog....". Jason smiled at his father and nodded. He wouldn't attempt a reply since the old man's hearing was his only failing faculty.
"Mind the lobster pots," the old man hollered.
Jason nodded again. He knew exactly where the trap buoys were located. He'd come here every day for the past two weeks, drawn diagrams, memorized bobbing floats and channel markers. He'd disabled the maritime radio, concealed his weapon, left nothing to chance.

They were almost there. The buoy's fog horn blasted its rude warning every fifteen seconds.
"I'll tie up at the buoy," Jason called to Lucky Jim. "You get the lines over."
Lucky nodded and moved to the stern, carrying two fishing poles.

Jason put in ear plugs before tieing a heavy rope over the buoy's flashing light. He pulled it tight under a square metal box half-way between light and water. A wave gauge? Weather predictor? Battery casing? The current swung the stern around. Jason turned toward Lucky Jim.
The old man stood at the side of the deck, profile toward Jason, head bent, intent on preparing his lines. Jason reached behind him and lifted a three-foot length of two-by-four.
BAM!
Lucky Jim never knew what hit him. Jason dropped the bloodied weapon overboard, grasped Jim from behind, tossed him over the side. The satisfying splash soaked Jason. He untied the vessel from the buoy and headed home, full-throttle. Damn the fog! Lucky Jim's good fortune had reverted to him. At least the fortune itself had. He smiled.

The perfect crime. No witnesses to contradict his story that Lucky Jim had slipped on the deck, bumped his head, fallen overboard, been swept away before his valiant son could save him. Poor Jim was lost.
"Yes, Officer," Jason rehearsed, "Dad and I always fished in the fog. Lucky Jim thought the fishing was better when clouds met water, but everyone knew it was Jim's luck that made the fishing good."

As Jason eased, bow-first, into his docking berth, he saw two uniformed figures on the dock. He cut the engine and climbed from the boat, his eyes wide with alarm.
"Thank God, you're here, Officers! There's been a tragic accident."
"We know," the taller cop said.
"My fath..." Jason pulled out the ear plugs. "What did you say?"
They cuffed Jason's hands behind his back and frisked him. "You have the right to remain silent. Anything you say can and will be used against you..."
"Wait! Wait! What's going on here?"
"Don't waste your breath, buddy." said the shorter cop, a woman with hard eyes.
"But, my father's just fallen overboard, I gotta get help....."
"Yeah son, we know all about it......?"
Jason's jaw fell. His eyes glazed with disbelief. He never even noticed when the female cop cradled his head and shoved him into the back seat of the car.
"But honestly he fell in, I didn't push him," said Jason feebly.
"Yeah," she said. "That might of made a convincing story last week, but I guess you didn't notice the infra red camera they just set up on the buoy out there to catch the lobster thieves.... It can see through the mist and the night like it's broad daylight.... The moment you reached those lobster grounds, they had you under surveillance. They thought you were the guys who've been taking their lobsters...."
"But you're a lucky guy," the male cop continued as he climbed behind the wheel. "Coast Guard just picked him up."
"And alive!" his partner said as she took her place beside him.
"Alive?" Jason croaked from the back seat.
"Yup," said the driver. "Unconscious, he was, but, last I heard, his heart was still pumping. Good luck for you. You'll be charged with attempted murder rather than murder. You'd better pray some of your luck rubs off on the old man and keeps him kickin'."

bequeath: leave, give - berth: place where a boat ties up - blast: make a loud noise - bob: go up and down on the surface of the water - bow (rhymes with cow): front end of a ship or boat - buoy: large floating marker - conceal: hide - cradle: took hold of - crap: rubbish, shit - cuff: handcuff, tie - disable: disconnect - eager: keen, wanting - ear plug: an ear plug stops you hearing noises - ease: maneuver, move - fit: in good form, healthy - follow suit: do the same - frisk: check that someone is not hiding weapons - full throttle: full speed - gauge (rhymes with page): meter, measurer - have one's own way: get exactly what one wants - holler: shout - hull: the main part of a boat - in the stock market: on Wall Street - intent on: concentrating on - jaw: bottom half of the mouth - lobster: a large and expensive crustacean, like a long crab - no way: certainly not - outlast: last longer than - rake in: win - rehearse: prepare a speech - revert to: come to - sails: a sail catches the wind, and makes a sailing ship move forwards - soak: wet - stern: back end of a boat - sturdy: tough, resistant - was used to having: was in the habit of having (do not confuse with used to have) - witness: person who sees a crime - yell: shout - yup: yes
Or click here to open vocabulary guide

Copyright © Linguapress.  Do not copy this document to any other website
Copying permitted for personal study, or by teachers for use with their students.

This interactive worksheet can be used on line or printed out.
To save a completed worksheet that has been filled in on a computer or phone, use the print or print to file option of your browser after the answers have been written, and print or save the pages required – or else take (and save) a screenshot.

Select, logically, the nearest equivalent to each of the words or phrases indicated, from among those proposed:

5. his only failing faculty:

After Jason's arrest, the local coast guard chief had to write a report explaining the events that took place. Here is the report he wrote, complete it as appropriately as possible.  Text boxes will expand to take whatever you write.

On Thursday morning, I was in my office as usual. At 9.15, I looked at the closed-circuit TV monitor, that we had recently installed in order .  I noticed .  At 9.21 the boat, which I recognised as  . I knew that Jim Conley and .  I did not think that .  Nevertheless, I continued watching, as .  At 9.23, I saw Jason Conley take  . The old man .  I could see .  So immediately I ordered one of our boats to   . Thanks to the camera, I was able to .  The victim was .  My officers applied first aid, and brought .  I also phoned the police, who immediately sent a patrol car to .  Mr. Jason Conley

1. Why did Jason commit this crime?

3. Why did Lucky Jim go out in the fog?
4. Why do you think that Jason had "disabled the maritime radio"?
5. Can you explain the difference between Lucky Jim's "fortune" and his "good fortune"?

Jason was interrogated by the police, once he reached the police station. Here are some of his answers. What were the policeman's questions?

It was his idea. He always liked fishin' in the fog.

'Cos he still treats me like a little child.

No, I'd planned it all before.

Well he has all this money, and he won't let me have any.

Yes, because I didn't realize there was a camera.

Writers: publish your original short story on Linguapress.com. Must have a good storyline: 700 to 1200 words. Submit details to Linguapress.