All you need is Love - A (true) Celtic Fairy Story


WITH AUDIO►: Click to open/close audio player then hit the ► play button


Angela's Ashes, the autobiographical novel by Irish writer Frank McCourt, was a runaway bestseller; McCourt told of the terrible misery and suffering of his childhood in the poor district of Limerick; but was it really as bad as that?    Here writer Leanne Meyer tells the true story of another large Irish family, and how they coped with life. 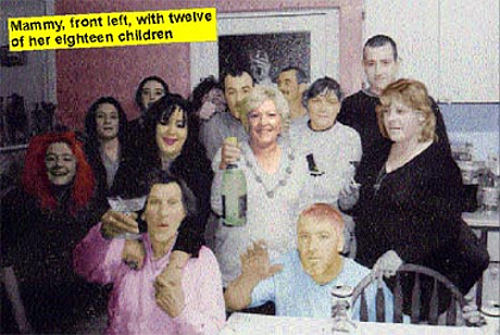 The first thing you notice is the fire. And then you realise that this has more to do with the family than the outside temperature. Their father used to stoke the fire each morning to warm them up before school, and this was also where he would toast the bread which would blacken their faces and taste like charcoal.

Sadly, their father died a year ago. But as we speak "Mammy", at sixty-five, is walking to town to buy the goodies her boys need for the weekend.

What makes their mother remarkable is that she bore six boys, four of whom still live at home, along with 12 girls, two of whom are also still at home. Yes, Mammy was pregnant for 18 years of her life and almost produced a child a year. All the babies arrived naturally with the smallest weighing a good seven pounds and Owen, the biggest, registering a whopping 13 pounds on the scales.

After the birth of Susie (the youngest) however, Mammy moved out of the "marital bed" and into the "girls room." As committed Catholics, who ensured that their family went to confession every Saturday and mass each Sunday, this was the right and only way.

All eighteen children still live in Waterford, Ireland. Not one child has been lost. Twelve of them have their own families, making Mammy a grandmother forty-eight times over, with three great grandchildren as well. One daughter-in-law claimed that she would break Mammy's record. Not surprisingly she gave up after the birth of her tenth child.

Mammy on the other hand revelled in raising her brood with not even the assistance of a disposable nappy.  Meals were cooked in a pot "big enough to bath a baby in", using all four plates on the cooker. The twelve girls shared a room and the six boys shared another. Each room had a double bed, where on average six kids slept. If you were small enough you slept in the chest of drawers which has only recently been sold. Otherwise you had to find your own spot somewhere between the bed and the chest. When it came to personal hygiene, you just made sure that you got into the bath or sink (depending on your size) first. Understanding the scale of what it means to have twenty people in the house, had to lead to the question, "How did your father afford it?"
This stops the conversation immediately.

"Daddy was a block layer (a builder) which was a very good job in those days."

They truly believe that they were blessed; that they did not want for anything. Yet they tell stories that fellow countrymen have written books about, lamenting the conditions in which they grew up.

Firstly there was the food. They reminisce about how their father used to make the most delicious chicken soup. But how all that changed when Carole found the rabbit carcasses in the shed. Their father also later admitted to using sweetbreads when no rabbit could be found. "You know testicles form part of sweetbreads."

Then gales of laughter are the only response to what some would consider a gourmet horror.  Then there had to be the pig's head. These girls, however, are quite practical about how pigs tongue really tastes like corned beef, and then proceed to tease Susie because their father used to give her cooked pigs tails to suck on as a baby, and she apparently "loved it".

Even in midwinter when building work was scarce and there often wasn't enough money for electricity, they spent time in the upstairs room telling ghost stories, which in retrospect, they point out is quite silly as they would all be terrified but could not switch the lights on. When sleep came there was always a fight about who would sleep in the middle, as this was the warmest place to be.

The only thing the children say they missed while growing up was being Mammy or Daddy's "pet." There was never space for one child to be treated differently from another; but that, no doubt, was actually the key to this abundant family's remarkable coherence..

All this joy in living may sound the stuff of fairy tales; but this is the story of a real family that is solidly anchored in reality, with moments of drama and pain.

Often the children missed out on school trips as there was not enough money to pay for the outing. In fact, daughter Carole was once so keen to go on a trip that she encouraged her teacher to come and speak to her parents. Proud Mammy told the teacher that Carole was ill and would not be able to attend; but. unfortunately for Mammy, Carole was listening upstairs and shouted down that she was not sick. She went on that trip and still remembers it as "one of the best days of my life."

Susie is still recovering from the loss of her fiancé at sea. Carole can recall the horrors of the convent she was sent to when, unmarried, she announced that she was expecting a baby. Yet it seems that it is all a question of attitude and approach to life. In  this family, it was all a matter of love, with no room for self-indulgence and self-encompassing privacy. All you need is love.

Copyright notice.
This resource is © copyright Linguapress  updated 2020.   Originally published in Spectrum magazine.
This text may not be reproduced on other websites nor in printed form without written permission from the publishers. Reproduction is authorised exclusively for personal use by students, or for use by teachers with their classes.

Students can either answer these questions in writing, or the teacher can ask them orally, for oral answers.


1. How old was Mammy when she spoke to the writer?
2. How many children did she have?
3. How many grandchildren does she have?
4. How many sons does she have?
5. Who is the youngest child?
6. How heavy was the heaviest baby at birth?
7. What town does Mammy live in?
8. How big was Mammy's cooking pot?
9. How many bedrooms did the children have?
10. Where did the smallest kids sleep?
11. What was the father's profession?
12. How do the children feel about their childhood?
13. What did their father make his so-called "chicken soup" with?
14. What did Susie do with pigs' tails?
15. Why did the girls tell ghost stories in the dark sometimes?
16. Why did they fight after telling ghost stories in the dark?
17. What did the children miss most about their childhood?
18. What else did they regret?
19. Why did Carole ask her schoolteacher to talk to her Mammy?
20. What did Mammy tell the schoolteacher?
21. Why was Carole sent to a convent?
22. What tragedy affected Susie's life?


2. Grammar
Replace the missing relative -or nominal relative - pronouns  (that, which, who, whom, what, how) in the following sentences. These sentences are very indirectly modeled on examples in the article.


2. Grammar : relative pronouns. Make sure that you or your students understand what relative pronouns and nominal relative pronouns are, and how they are used.
It is easy for teachers to avoid teaching grammar, either because they themselves are not sure of the rules, or as if "learning grammar"  were some kind of optional part of second language learning. It is not. Only the very brightest of learners can easily absorb the grammar of a second language without actually learning it; for the rest, understanding the rules of grammar can be anything between very helpful and absolutely vital.
A learner who doesn't grasp grammar rules cannot communicate effectively and unambiguously in any language other than his or her native language, which has been learned by full-time immersion over many years since childhood. For any language learned in school or through private study, teachers who stress grammar will be doing their students a big favour.
For a full but succinct explanation of the passive, see relative pronouns online or refer to A Descriptive Grammar of English, pages 92-96 and 172 - 178.. 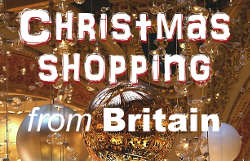 ?
Click to discover stores that offer great prices and deliver all over the world

Updated from an article first published in Spectrum, the advanced level English newsmagazine.
All articles published on this website remain the copyright © of Linguapress.com and/or their individual authors.
Reproduction is authorised exclusively for use by students for personal use, or for teachers for use in class