► You are here:   LInguapress English  ›
Intermediate reading  ›
My name is Bond


MY NAME IS BOND -  JAMES BOND

James Bond talks about his life ....  An imaginary self-portrait

BOND IS BACK AGAIN.... and the latest Bond film, No Time to Die, is an enormous box-office hit (as all the others). This is the twenty-fifth film about James Bond. He's the most amazing guy...  he doesn't look a year older than he did over fifty years ago. 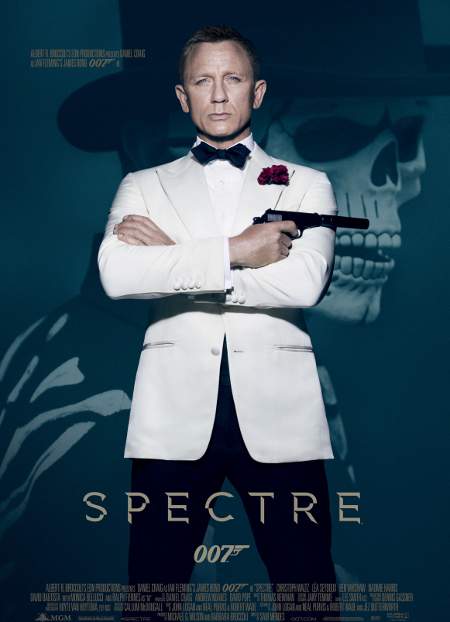 "My name is Bond. James Bond."
But you knew that already, didn't you. Everyone knows that, which is rather a pity in ways. After all, I'm meant to be a secret agent, no-one's really supposed to know who I am. I should just be James to my friends, and Bond to the rest. My bosses in London call me 007...  that's "Double-oh seven".
Still I don't suppose it really matters if everyone knows who I am; I'm just proud to be the best, the most exciting and the most seductive agent in the British Secret Service.
Actually, I'll let you into a secret. It's not surprising I'm such a good agent — I've got so much experience; you know, I've been in the job since 1952. Not bad, eh! It's obviously good for the health, this job, because I don't look or feel a day older than I did when I first joined up just after the Second World War. Quite amazing really, isn't it?
In those days, the world was a dangerous place; there were Reds all over the place, trying to steal nuclear bombs and machines that would control the world! I made sure they never managed. I had some pretty hair-raising moments at times, of course, but I came through it all without a scratch. No wonder they're proud of me!
Do you remember the trouble I had with those extremely dangerous megalomaniacs, like Auric Goldfinger and Dr. No? When I look back on my younger days, I sometimes feel that I'm very lucky to be still alive. Actually, the more I think about it, the more I realise how incredibly lucky I've been.
Officially, you know, I'm "licenced to kill"; frankly, I think the job description ought to say "licenced to be killed"; I've quite lost count of the number of times I've brushed with death. I suppose I must have a charmed life. Maybe it's something to do with my Scottish ancestry. I know, anyway, that I'm liable to be killed from one day to the next. Any job has its risks, I suppose — and I certainly wouldn't be seen dead doing a boring job in an office, like some of my superiors. Men from the Ministry! Huh!
Perhaps you'd like to know how to become a secret agent like me? Well, honestly, it's partly a question of background, partly one of character.
My father was a Scotsman, who loved adventure; unfortunately his life wasn't as charmed as mine, and he died in a climbing accident when I was 11. That was a tragic moment for me, but I made up my mind to lead the sort of life that would make him proud. Of course, I got a better start than most people. When I was 13, I was sent to school at Eton, England's most prestigious public school; that's the place where Prince William and Boris Johnson both went to school. Half the boys in the school went on to become important people — MP's, diplomats, top government officials and businessmen and so on, so I got a lot of useful contacts. As for playing cards, well that was strictly forbidden at school, but the less we say about that the better!
My school also helped me move easily in high society; you know, wearing a bow tie and a dinner jacket comes quite naturally to me, as that was more or less our school uniform!
Then of course, there's one other thing that has ensured my professional success: looks! In the olden days, I always used to say "You can tell an enemy agent a mile off! She's the most beautiful girl of all." The idea was quite clever, really. The very beautiful girl was meant to seduce me, so that I told her my secrets; the trouble was, in actual fact things usually happened the other way round. I must have broken a lot of hearts!
One day maybe, I'll retire, and get a knighthood, no doubt. Sir James Bond. Sounds good, doesn't it! I thought that th Queen would give me one in 2012, after I parachuted with her into the stadium at the start of the London Olympics... but no.
Well, I'll leave you now, I've got to go over and have a chat with that Daniel Craig fellow over there. You know, he takes my role in the latest film . He looks the part, don't you think! He's got some Scottish blood! Probably has a charmed life too, like me. Perhaps he can tell me how Hollywood found out what I've been up to. I thought my missions were meant to be secret."


Printing: Optimized for A4 printing from the Firefox browser
Copyright © Linguapress.  Do not copy this document to any other website

Correct the mistakes - you can do this on your computer, by changing the text in the box below

After listening to James Bond talking about himself, one of our trainee reporters was asked to write a short article about Mr. Bond. Unfortunately, he made a number of mistakes (about 16). Can you pick them out and correct the resumé, changing or adding as few words as possible.
James Bond is the most productive agent working for the British Secret Service. He's been in the job for over thirty years, as he first joined in 1952. He says that the world was a dangerous place in those days.
For most of his career, he tried to help Reds stealing nuclear bombs and machines that would control the word. He often got hurt, but he has come out alive in spite of all his adventures. He believes that he may have a charming life, because his ancestors were Scottish; but he would not like to die  working in an office.
Bond's father died in the mountains while young James was a pupil at Eton, a very famous English public school. His school helped him to get a good start in life. Lots of his school friends  were diplomats and government officials and so on, so he made lots of useful contracts. At school, he also learned how to wear a bow tie.
During his life as a secret agent, the Enemy kept sending beautiful girls to seduce him; but Bond talked to them when they were a mile off, and in the end he told them all his secrets; but now he's looking forward to retiring. He is not at all happy with Daniel Craig, who plays his part in Not Time to Die, the latest James Bond film.

Many of your students will have probably seen at least one James Bond film. Ask them to talk about Bond, the character, and the Bond phenomenon. Are James Bond films out of date? Are they as exciting as more modern thrillers?
What have your pupils learned about Bond from this article? After they have read it, ask them to write down six "factual" sentences about Bond.

This article is in the form of a spoof interview. Have students work in pairs and convert it into a question and answer session.

Pay attention to the style of this article, which is fairly informal. Rather than a written text, this is a transcription of thoughts, with lots of short sentences. Point out the title of the latest Bond film, which is "No Time to Die".  So why is it not "Not Time to Die"?  The answer is that the negative particle is attached to the noun time, so we must say no time, just like we say nobody, nothing, no man's land, or It's no use, etc. Also use the contrast Licenced to kill / licenced to be killed / liable to be killed  to introduce or revise the passive form of the infinitive.

Adjectives: Comparison and gradation of adjectives. This text contains lots of useful examples, such as  the best, the most exciting and the most seductive agent,   I don't look or feel a day older than I did ,  or Quite amazing...

Copyright information.
Free to view, free to use in class, free to print, but not free to copy to other websites.

Who is James Bond ?: a shorter text in low intermediate English