► You are here:   Linguapress.com English  ›
Advanced reading   ›
The Bird Man

Interview: the Bird-Man of the Isles

A hospital for birds on the Scottish island of Skye

Andrew Rossiter talks to Graham Ross, who runs a one-man wildlife hospital on the wild and beautiful Scottish island of Skye. 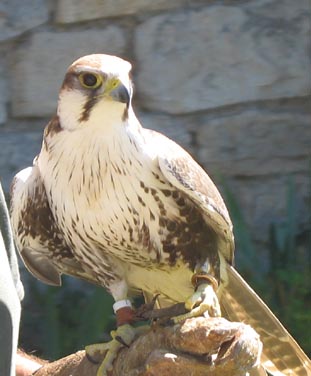 WORDS
bird of prey: carniverous bird; these include hawks, falcons and eagles - the wild: nature - vetinerary surgeon: vet, animal doctor - be acquainted with: be familiar with, know about -  starvation: having no­thing to eat - release: let go  fend for themselves: live without help - attend to: help, pay attention to - stand: support - breed: reproduce.

* Kestrels, buzzards, peregrines and sparrowhawks are four different types of birds of prey found in Britain and Europe.

The Bird man of the Isles

Read through these true/false statements, then listen to the interview and try and answer them:

Pair work, oral:
Have students recreate this interview in their own words, working in pairs. In each case, the student taking the role of the interviewer should read the questions, the other student answer them as best as he can.

Writing: Imagine that this interview is to be used as the basis for an article , and write this article in 400 words or more..

Discussion: perhaps you have some keen ornithologists in your class; if so, get them to talk about the questions raised by this interview.