More than four centuries after he died, in 1616, William Shakespeare, the "bard (poet)  from Stratford" is still one of the most influential forces in the world of theatre and cinema today . As more than one critic has said, if he were still around today, he would quite likely be one of Hollywood's top movie directors. Back in 1999, people in Britain chose Shakespeare as the "Man of the Millennium" – the greatest Briton in 1000 years. So how is it that this writer has established a reputation as the greatest writer the world has ever known? 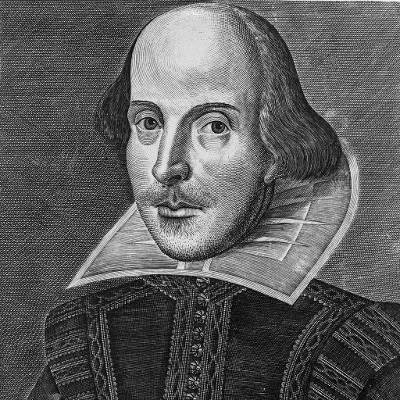 Portrait of Shakespeare made six years after his death.
The works of Shakespeare have been translated into all of the major languages in the world – over 80 languages; over 400 years after he died, Shakespeare is studied in schools and universities worldwide, and throughout the world he is still considered by many as the greatest writer of all time.
Shakespeare's plays have been made into over 420 films – far more than any other author – and each year there are hundreds of Shakespeare festivals worldwide, including many in non-English-speaking countries like Poland, Germany, France, Spain, Japan or Argentina. For a writer who died 400 years ago, this volume of attention and respect is incredible, almost unbelievable. So how has Shakespeare managed to establish such an immense reputation ?
In short, Shakespeare is seen as the world's greatest writer because he was.... an incredibly good writer. Even in his lifetime, Shakespeare was a star. He was the most popular playwright of his age, at a time when the theatre was very popular indeed in England. Indeed, Shakespeare was very lucky to be born at just the right time in history, when the theatre was becoming a very popular art for the first time, and - in England at least - writers were exploring all sorts of new ideas and techniques.
Shakespeare distinguished himself from other writers of his time, in that while many other writers mastered one side of dramatic art, Shakespeare mastered them all. He could write amazing poetry, but he was also a master of ordinary prose dialogue; he could write lines of the most tragic sincerity, but he was also a master of comedy... and he could even mix comedy and tragedy in the same play, inventing the dramatic technique known as "comic relief".  He wrote some very funny comedies such as A Midsummer Night's Dream, the world's most famous romantic tragedy in Romeo and Juliet, some of the darkest tragedies ever written in King Lear or Othello, and a number of the greatest historic dramas ever written.
One surprising thing about Shakespeare's plays is that few of the stories were original. Most frequently, Shakespeare took well-known stories, or stories from history, and even classic plots of situational comedy, and retold the stories in his own words. Even Romeo and Juliet was not "invented" by Shakespeare; several versions of the story were published in Italy and England in the sixteenth century, from 1530 onwards; but Shakespeare took the story, reworked it, and transformed it into a masterpiece that is now known worldwide. As for his history plays, Shakespeare took the details mostly from Holinshed's Chronicles of England, Scotland, and Ireland published in 1577. Even the famous "three witches" in Macbeth were not invented by Shakespeare, but borrowed from Holinshed; but while Holinshed called them "nymphs or fairies", which sounds nice and attractive, Shakespeare transformed them into "secret, black, and midnight hags".
On the other hand, one area in which Shakespeare was amazingly original was in his use of the English language; literally hundreds of words and expressions that are still in common use today were invented by Shakespeare.  In a recent and very readable study of the life of Shakespeare1, Bill Bryson picks out a selection of well-known idioms that can be attributed to Shakespeare, even if few people today actually realise this; these include vanish into thin air,  the milk of human kindness,  foul play, a tower of strength, the wish is father to the thought, pomp and circumstance, and a foregone conclusion. Many of these expressions have since been translated into other languages too, showing just how universal the influence of the bard from Stratford upon Avon has been in the four hundred years since his death.
Indeed, universality is Shakespeare's greatest strength, and the reason for his enduring success. His tragedies are not just about the characters in them; they are about humanity. Romeo and Juliet is not just a story about impossible love in sixteenth-century Italy; remodelled as West Side Story, it became a story about impossible love in twentieth-century New York, or in the 1949 film Les Amants de Vérone impossible love in postwar Italy. Hamlet is not just a play about the troubles of a Danish prince, but a tragedy about revenge and being true to onesself. Shakespeare's history plays are not just stories; in them he explores the universal themes of loyalty and treachery, power and the abuse of power, strategy and choices. And in Othello and The Merchant of Venice and other plays too, he even highlighted the questions of race and culture which, in the sixteenth century Age of Discovery, were becoming increasingly relevant and intriguing topics of interest.
In 2016, a worldwide survey by the British Council, marking the 400th anniversary of Shakespeare's death, found that Shakespeare is actually more popular today outside Britain than in Britain itself. This is surely due to the fact that in many parts of the world, Shakespeare's plays are read in modern translations which are understandable by all. In Britain, Shakespeare is usually studied and presented in the original 16th/17th century English in which it was written, which is not always easy to understand, specially for teenagers in school.
In 400 years, the English language has changed quite a lot; but it is probably true to say that without the continuing influence of Shakespeare, it would have changed even more.

► More on Shakespeare:  A rose by any other name.... a discussion of words and meaning

Printing: A printer-friendly document - better than PDF
Copyright © Linguapress.  Do not copy this document to any other website
Copying permitted for personal study, or by teachers for use with their students

Grammar: conditionals *
Rewrite this sentence starting with the word if

Without the continuing influence of Shakespeare, the English language would have changed even more.

Grammar: for a clear explanation of the use of conditionals in English, see A Descriptive Grammar of English, § 1.5  pages 16 - 20 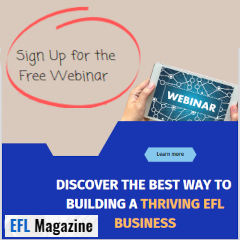 Reproduction is authorised exclusively for personal use by students, or for use by teachers with their classes.