Forming and expressing numbers in written and spoken language

Cardinal numbers are the numbers that we use for counting or designating quantity : English-speakers use them every day - one two three four etc.   In terms of grammar, they belong to the category of determining adjectives.

The number 0 is variously expressed as nought (in British English) or zero (in all forms of English) : in the middle of a series of digits, it may also be pronounced "oh".  Everyone has heard of James Bond, also known as 007. That is pronounced "oh-oh-seven" or "double-oh-seven", but never "nought-nought-seven" nor "zero-zero-seven".

Here are the important cardinal numbers between one and a hundred, which can serve as models for other numbers.

Watch out for spelling:  fourteen but  forty.

Important: the examples and rules below illustrate British usage.
In the USA, the word and is normally omitted.
A hyphen (-) is normally used in numbers between 21 and 99, whether these stand alone or are part of a larger number.

From these examples, all other three-digit numbers in English can be formed.

The word "hundred" , except as a round number (a number ending in 00), is always followed by "and", both in spoken English and in written English when numbers are written out as words.

The word hundred never takes an "s" as part of a cardinal number.
For numbers between 100 and 199, one normally says "a hundred" and not "one hundred".
The expression "one hundred" is used only to put emphasis on the figure one (i.e. one, not two nor three), or to stress the word.

Hundreds in the plural

The words hundred, thousand and million never take an s in the plural as cardinal numbers (which are a form of adjective).
They only take an s when used as nouns designating an imprecise quantity of hundreds or thousands, etc., followed by of ...
Examples

There are hundreds of ducks on the lake.
Thousands of people crammed into the stadium

These sentences do not say how many hundreds nor how many thousands: the "s" is needed as it is the only mark of plurality.

Reminder : these examples and rules reflect usage in British English.
In the USA, the word and is usually omitted.
So in American English 250,000 is expressed as Two hundred fifty thousand.

Numbers greater than a million

The same principles apply.
The number simply starts with a quantity of millions, for example
One million...
or Twenty-five million...
or Eight hundred and twenty million...
Two billion

Other points to remember:

Figures can be expressed differently when they refer to dates and telephone numbers, or when they are after a decimal point. 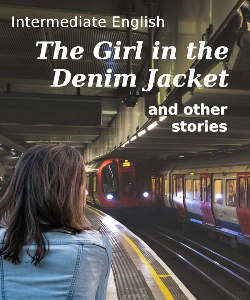 Available online, in paperback from Amazon UK, USA and Europe, and as a Kindle e-book from Amazon stores worldwide